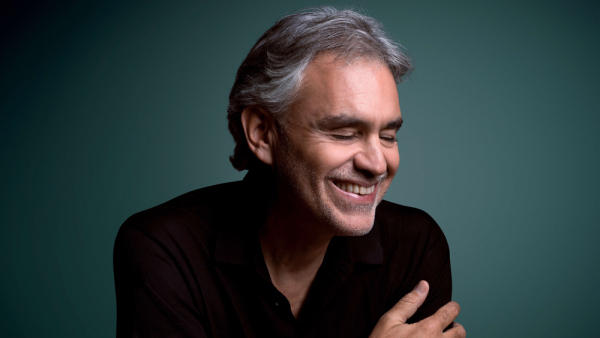 I sit in my kitchen, preparing a late meal, because I have had a full day. A day of teaching, a day of sharing knowledge with my dear and respected colleagues, Rachelle Jonck and Derrick Goff, who kept singers around the world engrossed in a 9-week Vaccai Project on Facebook, giving not only something to do proactively during the pandemic but also inspiring hope for a better continuation after the Covid19 crisis.  Afterwards, I found myself in a nostalgia-filled fest with my sisters, Nadine LaFond, a talented painter and singer, and Karling LaFond (a hero nurse in these times), reminiscing about our musical heritage.  Later, I found myself in the Youtube rabbit hole, face to face with the personality that is Andrea Bocelli, a figure that cannot be ignored, but that has been lampooned and ridiculed by the classical singing community, myself included. To be fair to myself, I never ridiculed Bocelli, but labeled him in previous posts over the years as a “pop singer using opera!”  I promise that all the subjects touched upon in this paragraph are relevant to the current discussion!

What is Andrea Bocelli?

When I first heard Bocelli, it was in this performance:

Franco Corelli was my vocal god at the time, especially after having the unusual opportunity to have three lessons with him in the late 80s.  When I heard this performance of Pavarotti and Friends back in 1994 or 1995, I heard that voice and thought I was hearing a smaller version of Franco Corelli, I did not know that Bocelli studied with Corelli. But I heard something uncannily familiar.

If you listen carefully, you hear Corelli in that voice!

It is said that when one loses one of his senses, the others are enhanced.  Possibly…Possibly, Bocelli used his ears to sense Corelli’s timbre!  Of course, Bocelli’s voice is not as substantial as Corelli’s but here are some pluses:

The argument against Bocelli has been that he does not sing a tone supported enough to be a bona fide opera singer!  I was critical early on of his attempt at Werther at Michigan Opera Theater in the 90s.  He wasn’t present in the hall for much of the opera but quite powerful with “Pourquoi me réveiller?”  In truth, the voice has never been that far away from real operatic singing.  This is not Michael Bolton belting Nessun dorma! He is closer to the real thing, the way Tino Rossi was in the time of Gigli.

I grew up with that voice as my favorite! (I was a tenor from the beginning. Just didn’t know it).  That Rossi was a French/Corsican/Italian pop singer who approached his top notes in falsettone doesn’t erase his extraordinary legato, musicianship and charm. What Rossi did for the early 20th century, Bocelli provides in the early 21st century.

Tino Rossi was an international star, making waves in Rome and Paris, as he did in New York and L.A.  In my estimation, it is possible that in the developing postwar world of Melocchi, del Monaco and Corelli, the omnipresence of Tino Rossi in the Italian psyche may have given way to the voices to Giacomo Lauri-Volpi and LoForese in a post Gigli/Pertile world.  The lyricism, the legato, the purity of the text, the elegance of the phrasing! All Bel Canto attributes, which may have seen a confrontation 50 years before between the music of Tosti and Donaudy on the Bel Canto side and Respighi, Malipiero  and Casella in the Verismo side.

Bocelli’s place in the late 20th century and early 21st century is sealed.  As he benefited from the visionary Pavarotti’s influence in bridging the gap between popular and classical music, Bocelli himself continue to unite the classical and popular through collaborations with great artist of both camps as exemplified in the following clip:

If one reads the comments below this video, one understands why Bocelli has sold more records than any classical singer of his time, even though he is fundamentally a pop artist.

He did, in short, what his classical colleagues could not accomplish! He grabbed the hearts of his audience with beautiful melodies, direct emotion and a singular charm! His blindness is an incidental exclamation!  One cannot sustain this kind of commitment from his fans if he did not deliver.

The important factor is that this pop singer crosses over to classical and obliterates the bona fide classical singers. Kaufmann included!

To be fair to our top tenor, Kaufmann has to deal with a big orchestra, sans mic! Bocelli does not! But here is the rub! When Opera decides to go the route of Popopera, it will always lose.  And I believe that is the central problem! Bocelli, does not stand a chance, side by side with Kaufmann.  And that is evident with the first clip between Pavarotti and Bocelli. However, in that battle, Bocelli acquits himself positively! He stands toe to toe with one of the greatest tenors of all time and says:

“I studied with your predecessor and I got game! As a pop singer, I am to be applauded!”

And he is correct!  If Kaufmann is inaudible in the theater as Siegmund or Parsifal, the reality of the day is not in his favor!  I wrote here, years ago, that Kaufmann is the first tenor in the world for important reasons, but that he should have avoided Wagner!  Because news is immediate, we get to celebrate Kaufmann for his HD simulcasts of Walküre and Parsifal, but remain disappointed in those roles in the theater. Yet, I am the first one to applaud his Cavaradossi, which is appropriate.

It is not Kaufmann’s fault!  Theaters are willing to pay him lots of money for his services. Why?  Because theaters are about now! Not about the future of this art form. Therefore, Kaufmann will be a footnote, just as Netrebko who takes on roles that are far beyond her vocal possibilities. But they will be rich!

But history will speak only of Bocelli and what he contributed to these times.

He might be falsely remembered as a classical singer, but indeed, he may have contributed more in favor of classical singing than his bona fide classical colleagues. Kaufmann as a pop icon does not come close to Bocelli’s power. However, Bocelli as a classical singer is confirmed in the mind of a vast public that could be drawn to opera, if only opera could deliver LIVE!

Tino Rossi brought average people to classical singing, including opera! Mario Lanza brought simple people to opera for similar reasons. And Bocelli will be the hero who calls to the average person and says: “Classical music is beautiful! And not so different from pop music!”  It is not Kaufmann who does that job!  But it was Pavarotti who did!

My friends, Rachelle Jonck and Derrick Goff, spent 9 weeks, convincing singers of our time that operatic success is about the fundamentals of beautiful singing, a fact that the operatic establishment has totally lost cognizance of!

To be audible while singing beautifully is the first and foremost principle of operatic singing!

In my heart, Pavarotti remains one of the most beautiful men who ever walked this earth when he opened his mouth and sang.

In that big open space of a theater, whether the MET or Scala, whether Covent Garden or Vienna Staatsoper, whenever I heard that man, I could not concentrate on anything else.

For the last time, whoever has influence in Opera must understand that Opera begins with beautiful singing.  Anything else is added bonus and must not supersede THE VOICE!

And as my sisters, Nadine and Karling, reminisce about our childhood musical influences, I find that whether Antonio Aguilar or Miguel Aceves Mejia or the singers of the great Haitian bands or Tino Rossi, or the great singers of the early Motown era, or the great crooners, what my father, André L. LaFond loved and introduced us to was always beautiful singing!

I would be remiss if I did not include this link to Rachelle Jonck and Derrick Groff‘s next Vaccai Bootcamp, three weeks from now!  I will be there as a participant, because it is important!  I recommend strongly that you join!  It is free!  There is no catch! But contribute if you got something out of it, because these wonderful people give a lot of their time and energy to bring something crucially important to us. The rescuing of the art of Opera, in my estimation, begins with Rachelle Jonck’s Vaccai program.

This site uses Akismet to reduce spam. Learn how your comment data is processed.