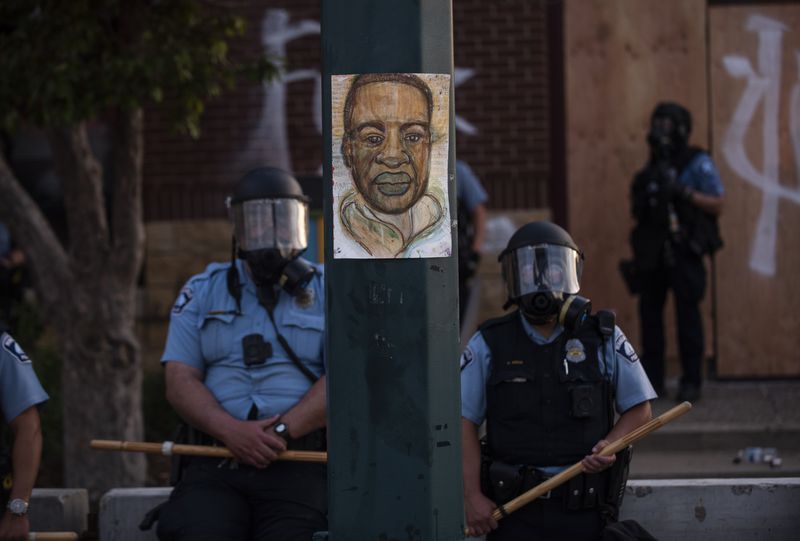 A few days before the George Floyd murder, I wrote a blogpost on my experience as a Haitian-American and the difficulties I have had in my relationships with African-Americans (not all obviously) and that it was a source of deep sorrow for me. I took the article down the next day because I realized my African-American brothers and sisters would not understand my experience. Why would they? I took offense and held a deep grudge for the fact that throughout my life in the United States since age 11, many African-Americans treated me as “Other!” Well, in a sense, I am other. I was deeply hurt when an African American colleague in graduate school told me to my face that I was cast in an operatic leading role because I could pass as White (referring to my lighter skin). But whether she was right or not, I was not equipped with enough experience to empathize with her frustration.

I refused to accept the obvious: that I am in fact different!

Being a Haitian-American, who speaks French as a native language, and with lighter skin color, in everyone’s mind, Whites, Blacks, Latinos, Asians (except for me), made me different. My dear voice teacher in Undergraduate college, who saw how my Black colleagues at Westminster Choir College treated me (never mean, but different), warned me that I may find myself in the middle of a racial imbroglio as I prepared to begin graduate education at the University of Michigan, which had experienced open racial conflicts in the 1980s.

As always, my teachers never treated me differently. People like George Shirley, Willis Patterson and Earl Coleman, back then, had enough life experience to understand the difficult dynamics I was living. They made a space for me, while my colleagues, for the most part, emphasized the foreignness of me.

I worked really hard! But in my self-centeredness, I never saw the fact that, in an operatic context, I came with extraordinary privileges:

In undergraduate school, I learned Italian so quickly that the Italian teacher took it upon herself to eat lunch with me every day during the academic year and help me develop faster–Because of having French as a mother tongue, Italian might as well have been a French dialect.

When I arrived in school in New Jersey, in the 6th grade, the class was doing long divisions. The teacher had a student up to do such a division and after she had finished, the teacher said: “Good job!” But I raised my hand and said that the operation was incorrect! The teacher asked me how I can possibly know that? I told her I proofed it. She checked with her calculator and saw that the operation was wrong. She asked me how I proofed it, I went on the board and did an X proof (I doubt that many Americans, who have not studied math as a major in college, would know that proof. As a result of this experience, I was sent to the library to study more advanced math, when math was being taught in class.–My Haitian education gave me an advantage. But how can I think anything Haitian is an advantage, when I was routinely teased for coming from a backward, poor, dirty country?

When I started my undergraduate education at Westminster Choir College, my only deficiency (other than voice) was sight-singing. I had not formally learned it. But that took me no time. I was advanced in acting! I had worked professionally. I was hired my senior year to do a two-person play on the subject of Open Admissions in colleges, playing an inner-city, African-American youth, who objected to always getting a B-grade from his teacher, who admitted that under the “Open Admissions” system, she was to give preferential treatment to inner city Black youth who were considered underprivileged. After doing that role in my senior year of high school (sacrificing my prom for the opportunity and gaining my classmate’s ire for it), I thought of myself as more African-American than ever.–Yet, I got that opportunity because I went to a small private school, where I got to experience advanced theatrical skills through plays, workshops and performances.–I chalked up my opportunity to hard work! Yes I worked hard, but I had advantages that I did not recognize as such.

Thus, arriving to Westminster Choir College with linguistic and theatrical skills, what could my less privileged Black colleagues compete with? Their gorgeous voices, which they attributed to their experiences in the Black Church, of which this foreign, French-speaking kid was not privy too. At Westminster Choir College there was so much to aspire to that the difference between me and my African-American colleagues was minimized. But it existed.

I felt it as a continuation from my first years in public school, through my private school experience and beyond. I was always treated differently!

This pattern would continue through my experiences as an academic at the college level:

When I experienced very ill-treatment at Utah State University after doing what everyone called a stellar job my first year, I assumed that I had been threatening to my predecessor, who ran an opera company in town, since he threatened me with lawsuits for maligning his name, although I had never met him. It was definitely political, but I never assumed that it could be racial. As a Haitian, I am proud of the fact that my African, ex-slave ancestors defeated Napoleon and assisted Simon Bolivar in his campaign to free South America from Spain. I never felt like less than anyone and so I presented myself with confidence and fortitude (from my point of view). —Is it possible that in a town where I only saw one other Black family that there might be the thought: “What is this uppity nigger think he’s doing?” My own part Hispanic, part White ex-wife told me through the worst part of that crisis that maybe it was my fault for being to fort-right!

“The fact that I never even considered being viewed as an uppity nigger is the proof of my privilege!”

The fact that I had a Black colleague at the University of Florida who called me a “jack of all trades and master of none” because the orchestral conductor chose me to sub for him when he was away might be further proof (Never mind that I studied orchestral conducting for nearly 6 years under one of the world’s finest conductors). That the local newspaper treated me with great deference whenever I had an event of any kind could have been because of my lighter skin color and my foreign accent.–Again, I felt marginalized by a Black colleague, plus the Good Old Boys’ Club at the University of Florida School of Music (that is what a white colleague told me regarding what she taught was a biased tenure process) without ever consider that it was because I appeared daringly threatening as a Black man with extraordinary attributes.

Thus the Uppity Nigger shows his ugly face again! The fact that this never crossed my mind is the proof of my privileged.

In retrospect, I can see the same issues at play in North Carolina, Delaware and even upon my return to teach at Westminster Choir College for a year.

I thought a fort-right Black man was to be revered! It never crossed my mind it was insulting to those of my White colleagues who were racist and to my Black colleagues who saw my conduct either reflecting badly upon them or disrespectful of what they had to go through every day!

The fact that these issues never crossed my mind is the proof of my privilege.

It took watching the murder of George Floyd to feel the burden that African Americans feel every day. It was just one more experience beyond history, beyond Rodney King, beyond Abner Jean-Baptiste (a very dark-skinned Haitian sodomized with a nightstick by New York cops), beyond Kapernick, etc, for my privilege to become obvious to me.

Yes, the police in the United States does not treat me any differently than they treat other African Americans, but it takes me uttering two sentences to realize I am different.

And as much as I hate being treated as “other” by my fellow African Americans, because it makes me feel that I don’t belong anywhere in the United States, they are right. I am “other” and all my privileges confirm it. And all of my difficulties in Academia may have sadly been a result of me not being aware that in the United States power structure, in the eyes of too many I never suspected to be racist, I behaved like an Uppity Nigger, who needed to be put in his place!

Thus I owe an apology to all my African American brothers and sisters for being too “nose-deaf” to understand what they were going through!

In my defense I will only say the following: I never thought that a kid from the poorest country in the Western Hemisphere, from that ‘shithole country,’ could ever be an Uppity anything!

This site uses Akismet to reduce spam. Learn how your comment data is processed.